Staff exits for PMO and ministers O’Regan, Wilkinson, and Fortier

Like sand through the hour glass, so go staff movements on Parliament Hill, and there are a few recent political staff departures to note, including in Prime Minister Justin Trudeau’s office.

Catherine Robitaille exited her job as a communications assistant in the Prime Minister’s Office (PMO) last month. She’d been in the role for the last six months, months, having first joined the office on June 8.

Canadian politics and policy stories that are shaping the day. Weekdays.
By entering your email address you consent to receive email from The Hill Times containing news, analysis, updates and offers. You may unsubscribe at any time. See our privacy policy

Katie Telford is chief of staff to Mr. Trudeau.

She had joined the minister’s office last fall, fresh from leave, before which she’d been a special assistant to then-Liberal deputy whip Linda Lapointe (who now works as a caucus liaison in the PMO).

Paul Moen is chief of staff to Mr. O’Regan. 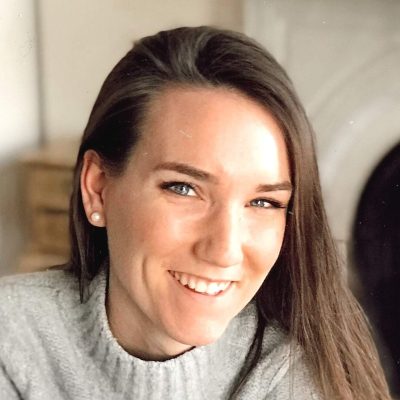 Jocelyn Lubczuk is now director of operations and communications to the associate finance minister. Photograph courtesy of LinkedIn

Ms. Lubczuk started out as press secretary to Mr. Wilkinson in his capacity as then-minister of fisheries and oceans in September 2018. After he was shuffled into the environment portfolio in December 2019, she followed, taking on the title of senior communications adviser.

In her post announcing her move, Ms. Lubczuk wrote that after “two action packed years” working for Mr. Wilkinson, she was “so proud of all that we have accomplished together.”

“That includes moving forward on a single use plastics ban, announcing Canada’s Strengthened Climate Plan and tabling historic legislation (C-12) that will ensure all future governments continue down a pathway to net-zero by 2050,” she wrote. “I am looking forward to bringing this perspective and experience to my new role at Finance Canada. Because, the environment and the economy go hand in hand.”

Before joining Mr. Wilkinson’s fisheries office, Ms. Lubczuk had spent just under three years working as a special assistant for social media and communications to then-environment minister Catherine McKenna, starting in February 2016. She’s also a former communications officer for Sustainable Prosperity and for the University of Ottawa’s Institute of the Environment. During the 2019 election, she served as a regional video content producer for the Liberal Party in Vancouver.

Ricky Landry is director of communications to Mr. Wilkinson and Moira Kelly is press secretary.

In Ms. Fortier’s office, Ms. Lubczuk replaces Blue Knox, who has moved over to Small Business, Export Promotion, and International Trade Minister Mary Ng’s office to serve as director of communications as of Jan.18.

Isabella Brisson is press secretary to Ms. Fortier, whose office is run by chief of staff Lucy Hargreaves.

A former field organizer for the Liberal Party, Ms. Knox was originally hired as director of operations to Ms. Fortier shortly after she was named to cabinet in November 2019 and added on oversight of the minister’s communications team late last spring. 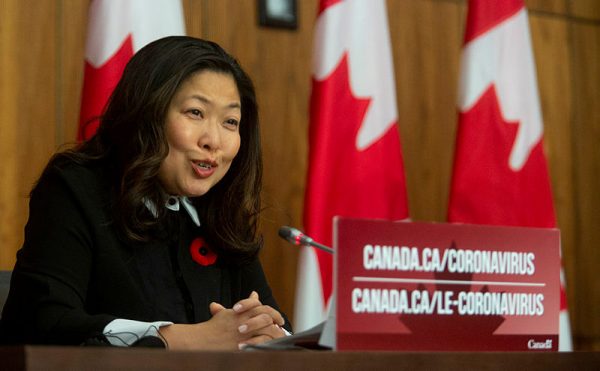 Trade Minister Mary Ng, pictured on Nov. 3, 2020, has scooped up Blue Knox to serve as her new communications director. The Hill Times photograph by Andrew Meade

In Ms. Ng’s office, Ms. Knox replaces Eleanore Catenaro, who recently announced she was moving on from the Hill after seven years, as reported by Hill Climbers.

Youmy Han is press secretary to Ms. Ng, while Jason Easton is chief of staff.

The federal cabinet shuffle on Jan. 12 portends further staffing moves, with affected ministers given 30 calendar days to finalize their political staff rosters, as set out by Treasury Board Secretariat rules.

Stay tuned to Hill Climbers for updates on how these offices shape up post shuffle.

Mr. Bains, who was lobbied 214 times in 2020, took the top spot from the 2019 leader, Agriculture Minister Marie-Claude Bibeau.

Julie Payette resigns as governor general after investigation into workplace harassment at Rideau Hall, Trudeau says her replacement will be named in ‘due course’

Apologizing for 'tensions' that became public over the last months, Julie Payette said that 'we all experience things differently, but we should always strive to do better, and be attentive to one another’s perceptions.'

Quebec is expected to once again be a key electoral battleground, spurred on by the Bloc Québécois’ resurgence in 2019, with multiple candidates already nominated in three target ridings.

The killing of Marylène Lévesque by a parolee in January 2020 was a ‘catastrophic failure, which is tantamount to a wrongful death,’ says prison watchdog Ivan Zinger.

'Since his election, Mr. Sloan has conducted a master class of bigotry and bullying,' says Conservative strategist Geoff Norquay, who served as a top aide to former prime minister Stephen Harper.

He faced potential expulsion last year during the leadership race over comments he made that appeared to question whether chief public health officer Dr. Theresa Tam, who is of Asian descent, was a pawn of China.

'I hope that intelligence and security officials in Canada learned after what they saw in the U.S. and can make sure something like that does not happen here,' says Ottawa-turned-Washington correspondent Richard Madan.
Trending Stories
Would you like to read
this notable, free story?

Enter your email address to
register a free account.